How to make a Map Mod

Create and play mods in VR for this shooter.

Learn more and find the game on Steam, Oculus.

How to make a Map Mod

To get started, you will need to create a Map Mod in Contractors Mod Editor, you could do so by clicking on "Create Mod" button, select "New Map" and fill in the name for the Mod. 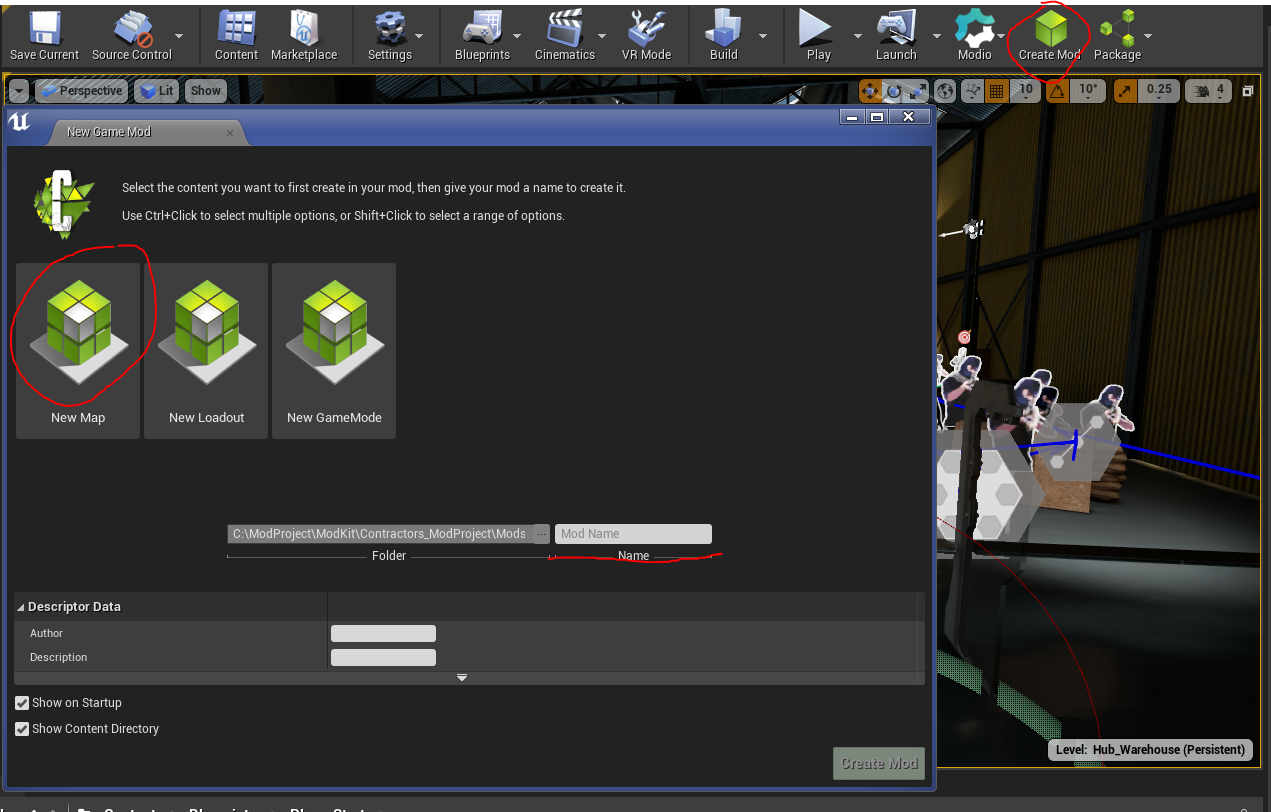 *Very Important!!! Your mod name must only contains alphabet characters ,numbers and ASCII special characters. Otherwise you mod will not allowed to be uploaded to mod.io service.

After your mod have been created, you should find a content folder for your mod will be created along with some files.

XXXXX_MapModData is the descriptor file for your map, you should fill in information for your map here. 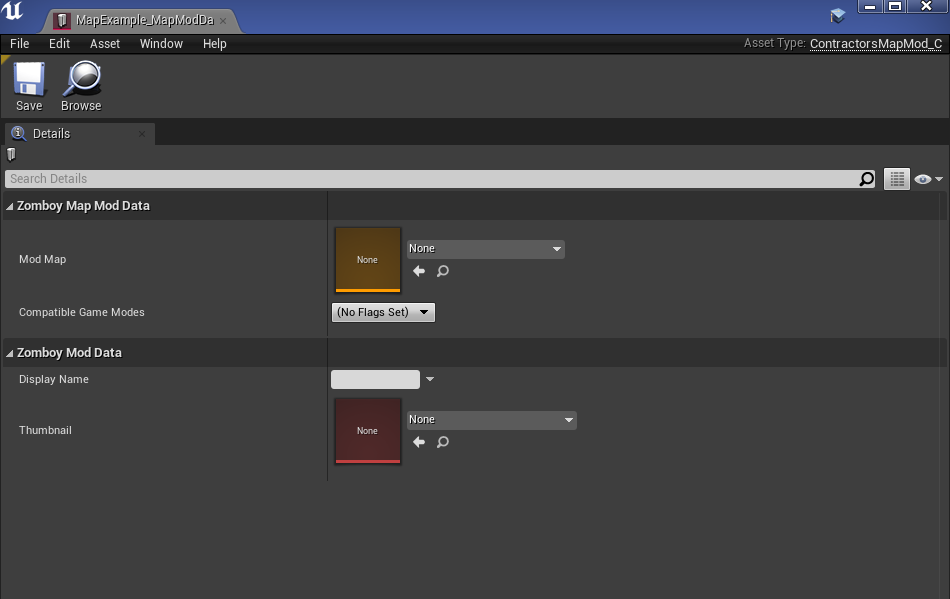 "Mod Map": the map you want to use for this mod.

"Compatible Game Modes": The game modes your map is compatible with.

*Important: "Custom" option in "Compatible Game Modes" is for a map that uses it's exclusive GameMode which only works for this map (ie. "TTT" maps should use option)

*Important: MapModData file will not get created if you forgot select "New Map" when you were creating you Mod. Don't worry! you can always create a MapModData by right clicking in your Mod's Content browser, select miscellaneous/Data Asset, then select ContractorsMapMod. 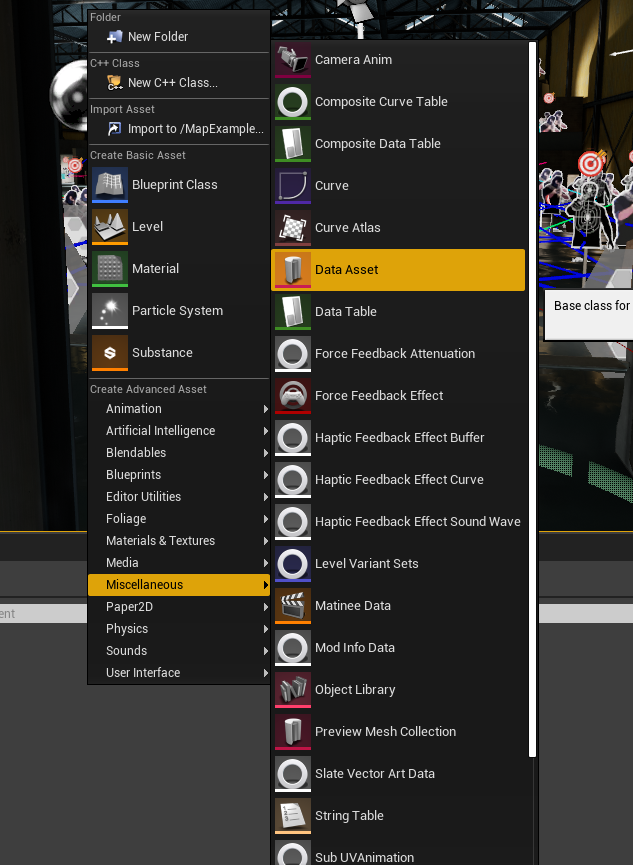 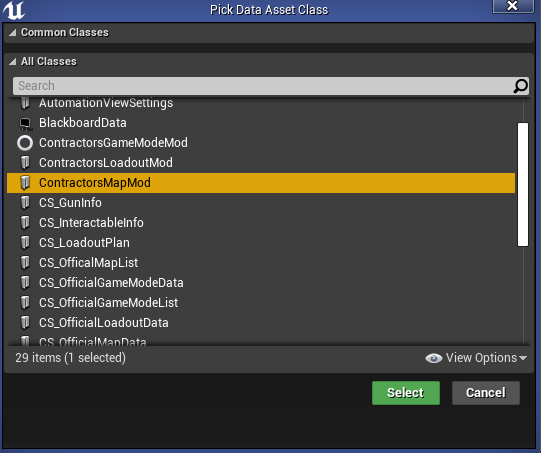 *Notice: You can put multiple maps in a single mod, each map mush have it's own MapModData descriptor.

All the assets your mod uses mush reside in your Mod's Content Folder or the Mod project's Main Content Folder. Using assets from another mod or plugin is not allowed! 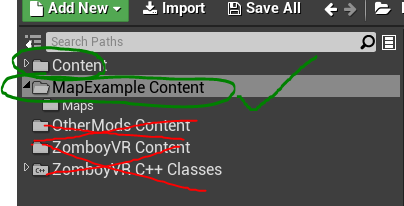 Setup Your Map for Official GameModes

To support official GameModes, your map must contains sub-levels corresponding to each GameMode your map is supporting. 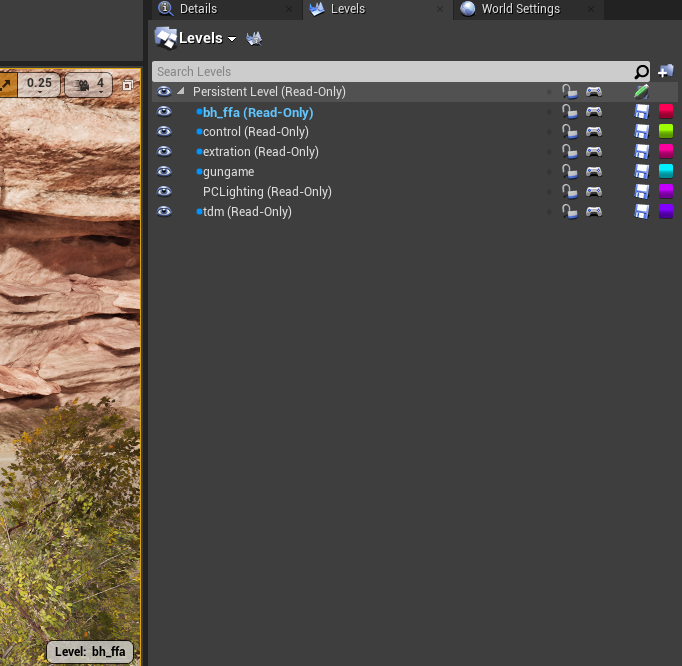 Sub-Level name for each Official GameMode must following the following naming convention:

Each sub-level should contains spawn points and actor needed by it's GameMode.

Common Pitfall!!!! : When you setup spawn points and actors for GameModes, make sure the corresponding sub-level is selected (hightlighed), otherwise you will be pacing actors in main level instead of GameMode's sub-level.

There are three types of player starts in Contractors Mod Kit: PreGamePlayerStart, DynamicPlayerStart and TeamedPlayerStart

They could be found at /Blueprints/PlayerStart/

PreGamePlayerStart is used as initial player start when player first entered the map. You need to assign the a team number to it (team 1 or team 2, default is team 1)

TeamedPlayerStart have a team number property in addition to DynamicPlayerStart. It has only been used in "Control" GameMode so far. You need to put 5 of them in a cluster to let teammates spawn together in save area. You need to assign the a team number to it (team 1 or team 2, default is team 1)

Create a Level named "tdm", "gungame" or "bhffa" and add it as a sub-level to your main level.

Then place many DynamicPlayerStart (About 16 of them in a mid sized map) in some hidden/enclosed places in your map. 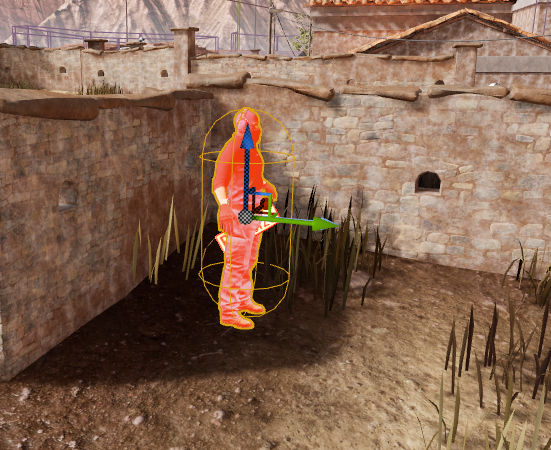 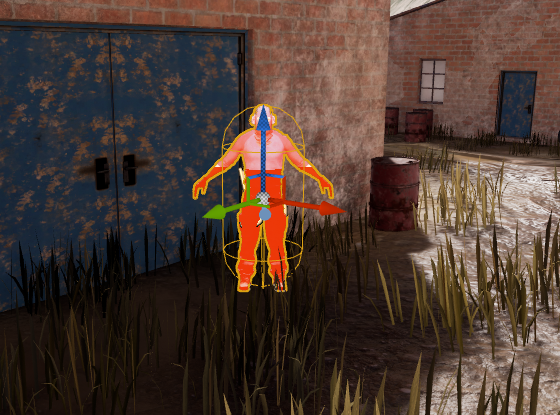 1. Create a Level named "control" and add it as a sub-level to your main level. 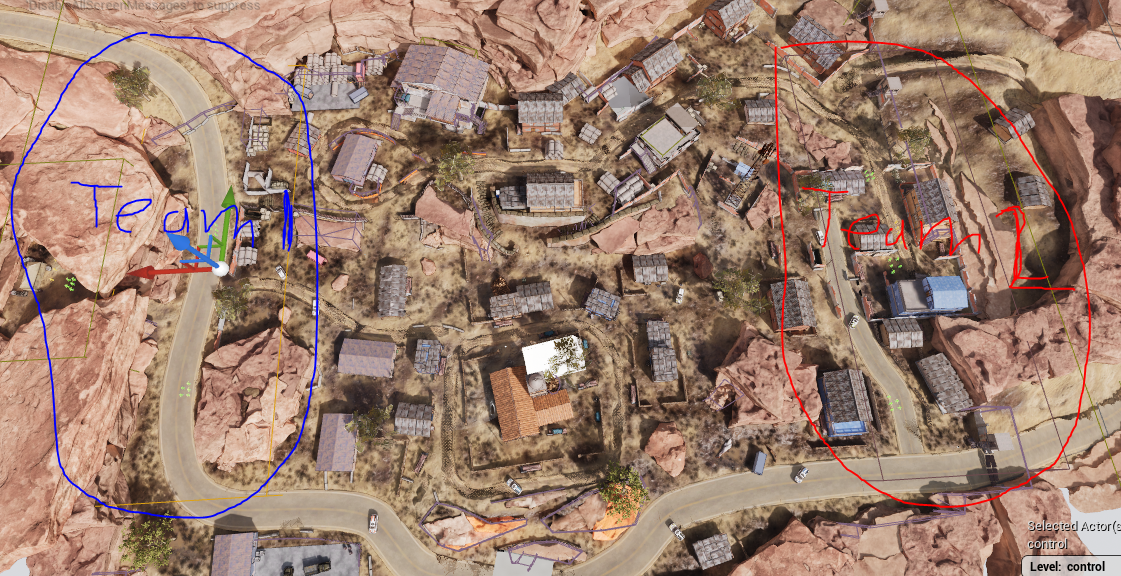 3. Place PreGamePlayerStart for each team. (5 for each team) inside each team's "ControlKillZone" * Don't forget to set the team number property

4. Place multiple clusters of TeamedPlayerStart (Cluster of 5) inside each team's "ControlKillZone" * Don't forget to set the team number property

The white box is representing the com box, make sure it touches ground. You can also edit objective zone's transform by clicking on "Zone Transform" handle on screen.

To test your map and check if it's set up correctly for GameModes it targets to support, you can just select GameModes from "World Settings" panel and click on "VR Preview" in editor 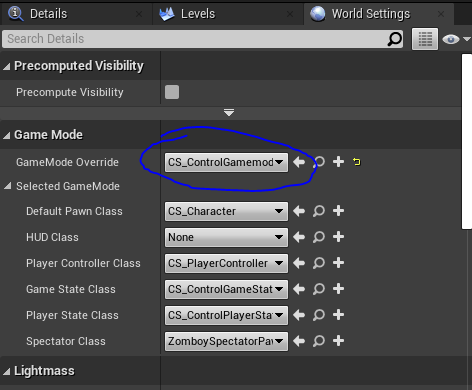 GameModes are named as following: 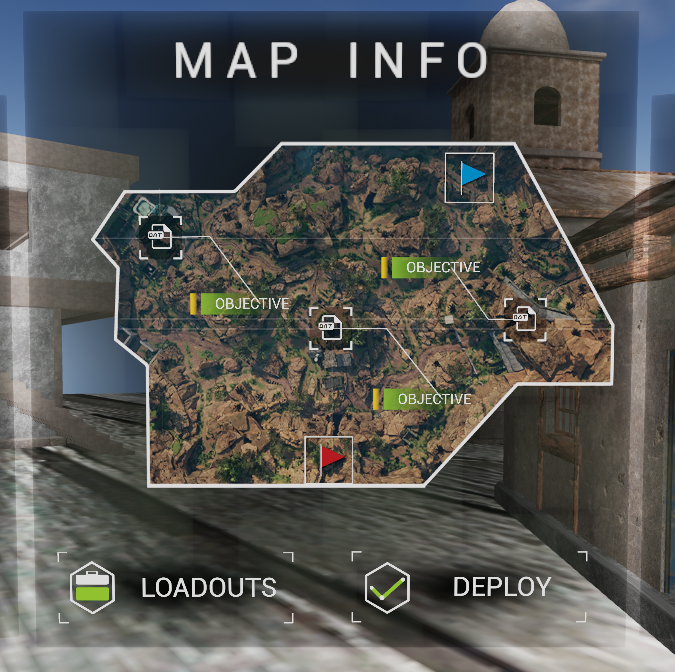 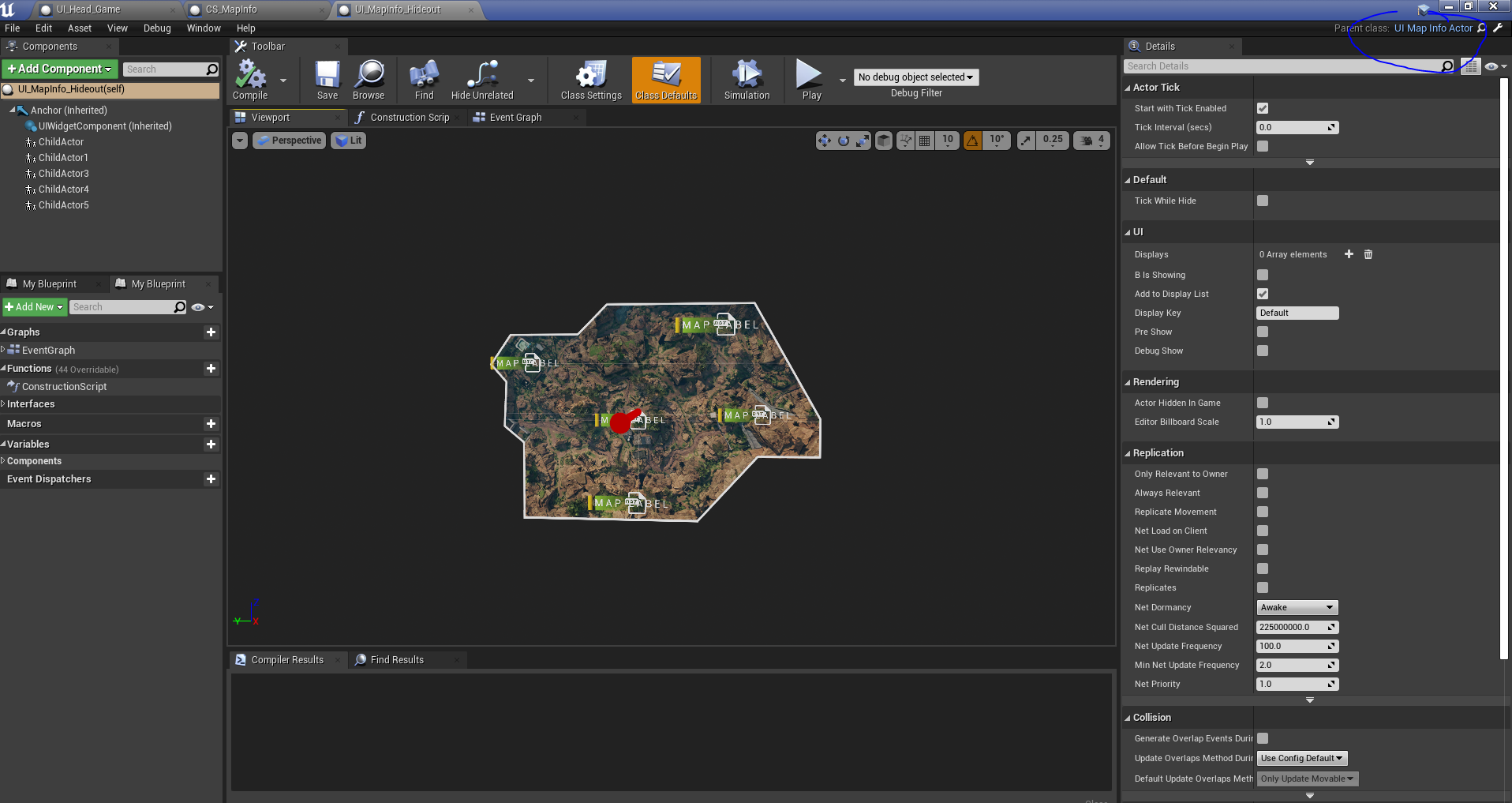 2. Add a "UI Widget Component" to the actor you just created. 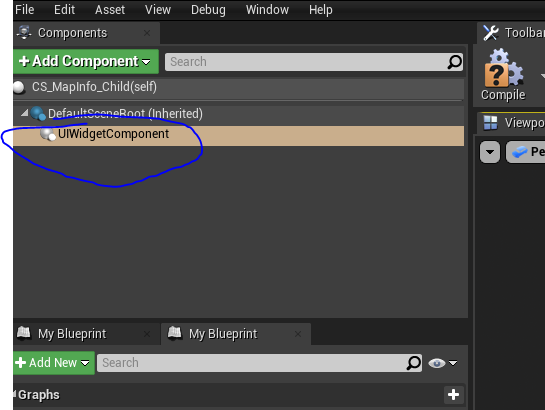 3. Create a "Widget" by clicking on plus sign in "UI Widget Component"'s detail panel. 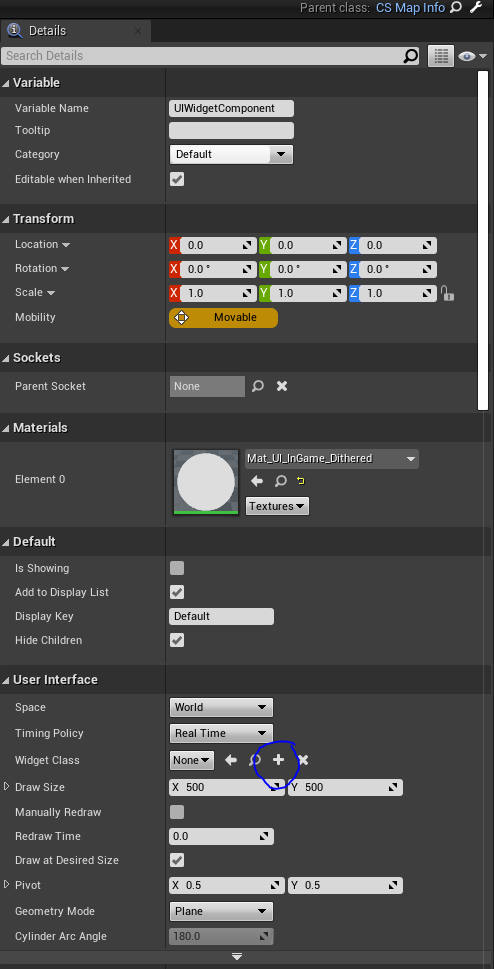 4. Open the widget you just created, and start working on your Map Info UI. 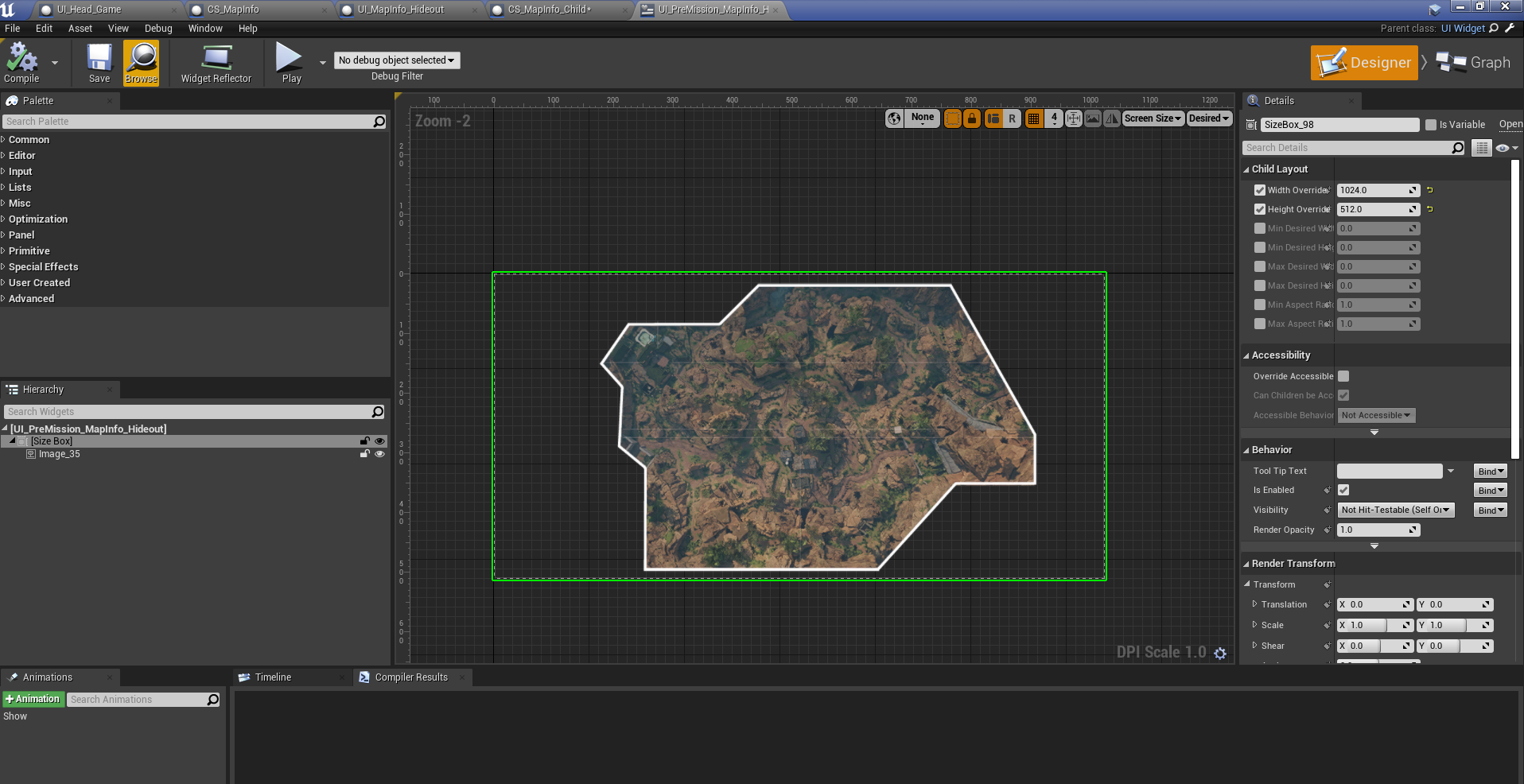 *We recommend putting a size box of 1024*512 for your UI to make it just the right size for display.\

6. Final step, drop a "CS_MapInfo" actor to your map, and assign the "UI Map Info Actor" you have created to it.

If you just want to run around and check collisions for your map, you can change GameMode to "FirstPersonMode" and click "Play" in editor.