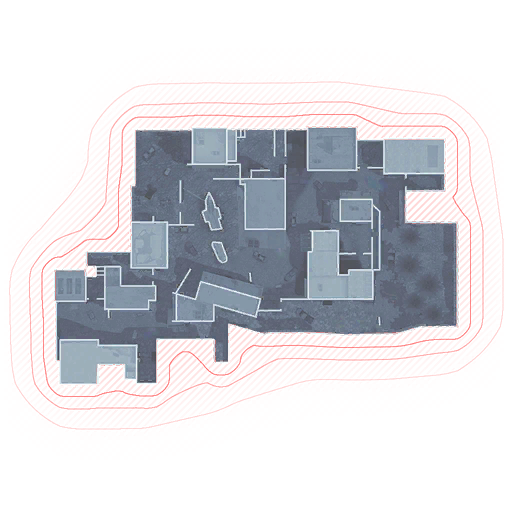 Crash is a sharpshooter’s oasis in the middle of a seemingly endless desert.

Dropping into Crash might give you a bit of shock and awe… Or at least, flashbacks.

Crash brings us right into the heat of a Middle Eastern desert town where a helicopter has crashed into the town’s square – hence the map’s name – taking bits of stone from nearby buildings and power line wires down with it.

Around the crash site are several vehicles that sit abandoned, as well as a few multistory buildings. One of them, due north, is a three-story tower with a staircase and ladder that lead right up to an open roof surrounded by a chain link fence. Another, due west, has been completely smashed open, with its ceiling almost completely reduced to rubble and its windows shattered to expose its interior to the blistering sun.

To the southwest of here are a few more buildings that complete this desert town, such as a mechanic’s workshop and a few stores. It also serves as one of the main team spawn areas, with the other being to the extreme northeast surrounded by buildings on lockdown with security gates.

The eastern part of this map also has a bit of greenery to the south, with a long dusty back alley leading directly through the main part of town.

Crash is defined not just by its ruined buildings and rubble, but by the amount of open space in between all the different sections of the map.

Yet despite its open concept, Crash is only a medium sized map; it won’t take you too long to travel from spawn to spawn in team game modes. However, in a live game setting, it might be dangerous to make a mad dash through the center of town.

That is partially because the multi-story buildings, especially the ones surrounding the downed helicopter and towards the southeast, offer incredible sightlines to some of the main parts of the map.

The three-story building’s roof offers an especially wide field of view looking down at the crashed chopper, as well as towards both main team spawn areas to the south and east. In other words, this area could be a big power position for those looking to snipe against the opposition.

Those looking to play with an emphasis towards close-quarters combat could find those fights by hopping from building to building and cover to cover. While the sharpshooters might take to the second-floor windows and roofs of buildings, the interior space throughout the map could lead to fast-paced duels with little breathing room in between.

Hey bro is it possible to have a chucknorris easter egg in a future map you make please ?? 🤫👍🏻

I was worried about not seeing new mods anymore ... and BAM! Coldofduty knocked again !!! Sneakerman is still here ! Big Thanks